Walking in the Footsteps of Giants

We were so excited to visit Northern Ireland and I can honestly say, I haven’t been as curious about a culture and as eager to visit a place in a long time! After reading stories about its incredible landscapes and the warm welcoming people we had to see and experience it for ourselves. When an opportunity to housesit in Belfast presented itself we jumped at the opportunity to visit the Emerald Isle!

There is so much to see and do in Northern Ireland so we had to set priorities to make the most of our time there. Number one on our list was seeing the Giants Causeway, Northern Ireland’s only Unesco Heritage Site and one of Ireland most spectacular landscapes. The Causeway Coastal Route is rated one of the top 5 road trips in the world, and after seeing it for ourselves it’s not hard to believe that’s true! The winding roadway is peppered with picturesque villages and unforgettable scenic locations.

We determined the most comfortable and convenient way to see the stunning Antrim Glens on route to the Causeway coast was to book a tour and leave the driving to an expert. There are a number of companies that run Giants Causeway tours out of Belfast, so we searched for budget friendly, traveler approved tours to narrow down the choices. We decided on Ulster Tours because of price and great customer reviews, HostelWorld even voted them best tour worldwide!

We chose the Causeway day Tour and the bus, filled with excited tourists, departed downtown Belfast at 9:30 am. We knew right away it was going to be a great day, our tour guide Marty was gregarious and obviously proud of his homeland. He shared history, and interesting anecdotes as we made our way outside Belfast.

The tour included a leisurely drive through the Glens of Antrim to the Causeway Coast, Marty’s excellent commentary, and five scheduled stops along the route. The first one was the amazing well preserved Carrickfergus Castle.

The Carrickfergus Castle is Norman Castle on the northern shore of Belfast Lough, a large intertidal sea inlet. Attacked in turn by the Scotts, Irish, English, and French the castle played an important military role until 1928. At just over 800 years old it remains one of Irelands best preserved Medieval structures.

After we’d had a chance to give the Castle and the surrounding area a good once over we boarded the bus to head to the next exhilarating experience, Carrick-a-Rede Rope Bridge! With spectacular vantage points every few steps, the coastal footpath leading to the swinging bridge had us feeling overwhelmed with awe.

The stunning coastline was on one side of the path and the other side was a scene of  dramatic cliffs, swaths of lush green grass and, a variety of different kinds of flora and fauna. There were also fields of Galloway Belted cattle, cute fuzzy black and white cows that kind of look like Oreo cookies!

Then there was the thrilling Carrick-a-Rede Rope Bridge! One of Northern Ireland’s best-loved attractions, a minuscule, long, swinging rope bridge. If you can muster the courage to cross it, doing so promises many rewards once you reach Carrick Island on the other side. The biggest ones were the uninterrupted views across to Rathlin Island (Northern Irelands only inhabited off-shore Island) and Scotland!

After a long walk back over the bridge, we made our way to the bus looking forward to our the next stop. The time at Carrick-a-Rede was awe inspiring and exciting and the place we were headed next was perfect to unwind and relax.

The Old Bushmills Distillery had been making Irish whiskey since 1608! We had an opportunity to explore the Distillery, including a bit of time to grab lunch and sample some whiskey as well. Rob and I were ready to enjoy a sample or two after braving the rope bridge.

After Bushmills Old Distillery, the most anticipated stop for the day, The Giants Causeway. Steeped in myth and legend the Giants Causeway has attracted visitors for centuries. Best known for its polygonal columns of basalt, the area is filled with outstanding natural beauty including various species of birds and over 200 species of plants!

The columns were created from a volcanic eruption, millions of years ago, but some believe they were carved out of the coast by a mighty giant, Finn McCool.

Legend has it Finn was having trouble with a Scottish giant, Belandonner, across the water. Belandonner was threatening Ireland! An enraged Finn tore off chunks of the Antrim Coast and hurled them into the sea creating a path to Scotland. Finn then stormed across the rock bridge to fight Belandonner to teach him a lesson. When Finn arrived at the Scottish Coast he saw Belandonner was terrifyingly huge! He turned tail and made a hasty retreat back to Ireland followed by the angry Belandonner.

Lucky for Finn, he had a very resourceful wife. She cleverly disguised him as a baby and invited Belandonner in to have some tea. The giant Scot took one look at Finns baby and thought if the baby was that big his Father must be enormous. Belandonner politely excused himself and ran back over the rock bridge destroying it in his wake. The couple had tricked the Scottish Giant!

Finn and his wife left behind a few convincing clues of their existence like The Giants Boot and The Wishing Chair. Makai had no doubt which explanation was true!

We clamored and climbed, marveling at the 40000 basalt columns sticking out of the sea. The walk back up the  path to visitors center had signs beckoning you to look back to spy more proof of Finn McCools ancient home. We had lots of time to explore the Causeway and check out the visitors center before the short drive to our final stop of the day, the iconic Dunluce Castle.

Dunluce has a striking position, perched high on a rocky promontory jutting out to sea. The shadows created by the setting sun added to the spectacular scene. The Castle was occupied for over 1000 years by different families who fought for control of the strong defensive location.

The dramatic history of Dunluce is complimented by tales of banshees and mermaids and some say it is the possible inspiration for Cair Pavel, the fictional castle in C.S. Lewis’ Narnia stories. Standing at its base looking up its crumbling walls you could feel it was the site of legendary battles!

Sometimes we like to explore places on our own self-guided tours. I am so glad we didn’t do that with the Causeway Coastal Route. Our guide, Marty explained so much along the route that we would have missed guessing or flipping through guidebooks driving the coast ourselves. His detailed commentary helped us learn about the Antrim Coast and relax and enjoy the stunning views along the route. It was truly an experience we will never forget.

Allen’s Belfast Bus Tours offered us a complimentary tour for an honest review of their service. Our opinion was in no way influenced by their sponsorship, it was formed by the outstanding experience we had on the tour. Our guide and the staff at Ulster Tours were friendly and genuinely passionate about creating a fun and engaging tour. We would be absolutely happy to purchase with Ulster Tours and recommend their business to anyone looking to book tours in Belfast.

3 Cities in 4 Days- The Joy of Overland Travel in the UK
Greene King Brewery, The Magna Carta, and King Henry’s Favorite Sister
London Airbnb Welcome Home
4 Days in Madrid: How We Plan A Trip

Hello. I am glad you're here! I'm Tracey, a freelance writer who sold everything to travel the world with my Husband and our young Son. We live with less, believing travel is the only thing you buy that makes you richer. I love to write and share our experiences to inspire others to travel more and live the life they dream.

This site uses Akismet to reduce spam. Learn how your comment data is processed.

The Best Way to Exchange Money 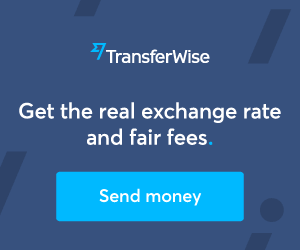